Special Operators Use BJJ to Add to Their Skill Sets!

Standard operating procedure…right?
Imagine this scene: it’s dark – pitch black actually – and cold, real cold – winter cold – and you’re set up on a house waiting to enter it without knocking. You’re weighed down with tons of gear, ammunition, and a medical kit. You’ve trained countless hours to enter this house and take down the bad guy who’s holed up in there. Every angle of possibility has been covered in order to give you the most efficient game plan possible and the least room for error. The signal comes to hit the door. The house is flooded with operators pushing through hallways and clearing hot rooms. You step through a doorway into what seems like a docile bedroom that appears to be empty. Weapon leveled at shoulder height you start to clear the room along the wall. All of the sudden, your world is turned upside down, literally upside down, as you are thrown to the ground in a heap of gear, ammunition, and medical kit. Things are spinning and you aren’t exactly sure what is happening, but you know it isn’t good. You react fast and let your training take over, as this is your worst nightmare playing out. But what training are you naturally falling back on?

This scenario is exactly why many specialized units, both DOD (Dept. of Defense) and civilian, are turning to BJJ training as part of their defensive tactics programs. While movies would have us assume most special operations units can just go into a house and clear it by shooting everyone inside, that would be a very wrong presumption. There are many situations in which deadly force wouldn’t be prudent. This limits the operators in what they can do to effectively accomplish a mission and or defend themselves. Tools of the trade are great, but they also fail, so the best tool for the operator to rely on is the operator himself. That being said, most units have brought in some of the best BJJ instructors in the world, including the Gracies, in order to get more ground fighting and ground defense techniques incorporated into their defensive tactics training programs. While the programs must be modified to be useful in non-sport situations, they are still fundamentally Brazilian Jiu-Jitsu based; using techniques such as guard pulling, sweeping, and various submissions in order to keep positive control of weapons and violators, while effectively allowing the operators to defend themselves on the ground. 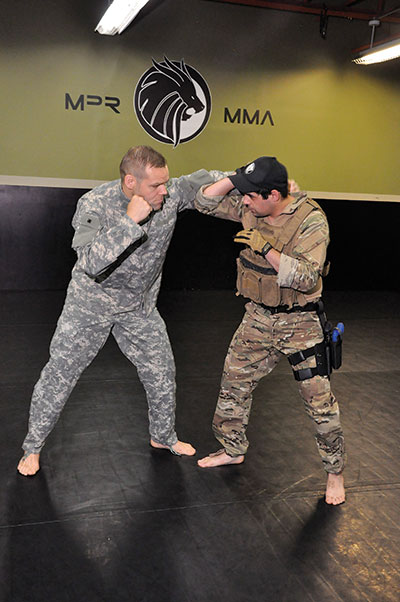 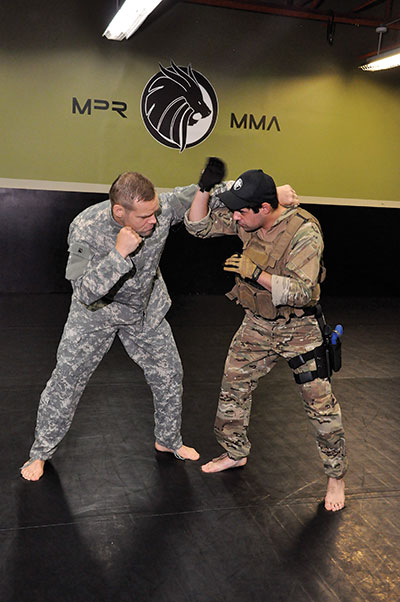 2. As soon as possible after defending a strike, grab high on the violator’s collar with the cover hand.[/double_paragraph] [/row] 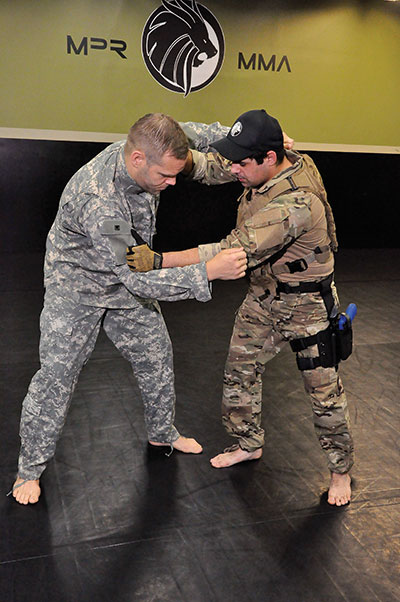 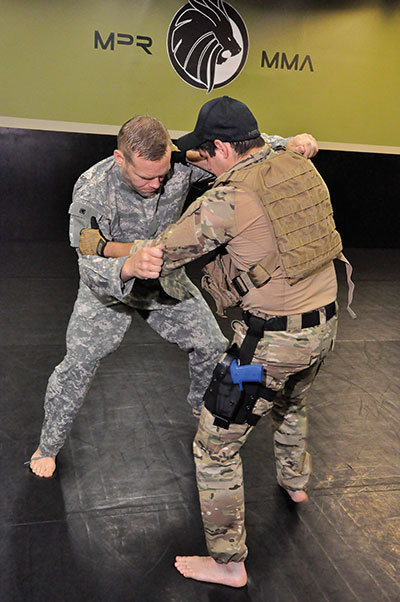 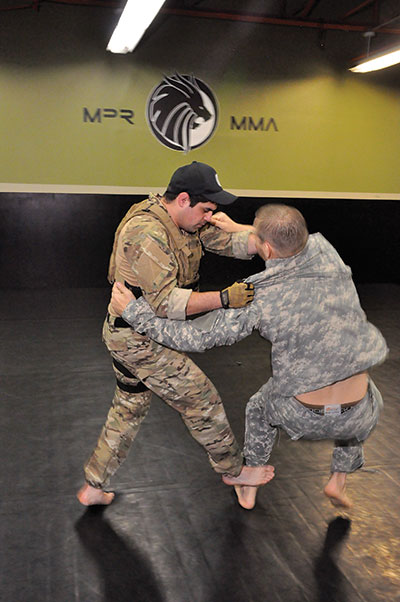 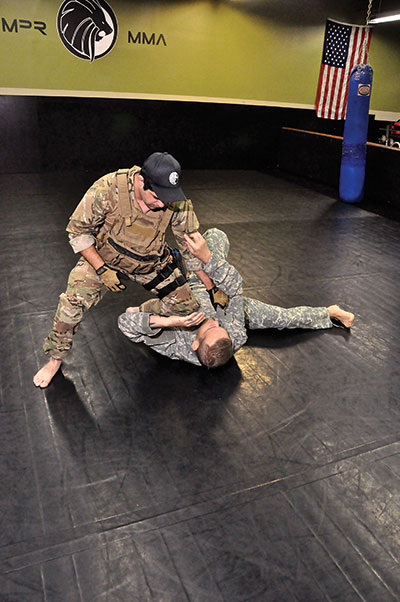 6. As a control point, when the violator lands on his back, go to a modified knee on belly position in order to pin the opponent while keeping the ability to be mobile.[/double_paragraph] [/row] 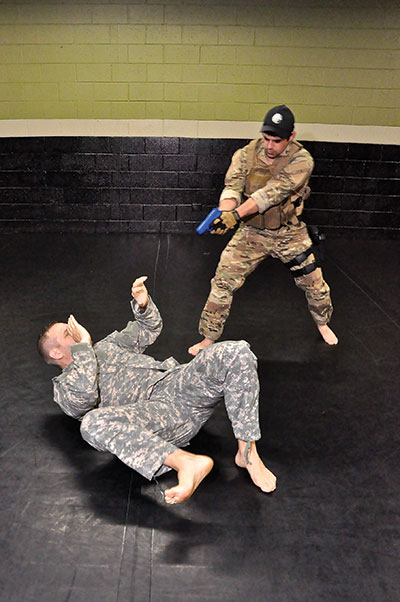 7. Disengage and transition to a weapon system (Alternate option: Stay engaged and go directly to a handcuffing situation)

Bret Perchaluk works for a government agency working with operators from various agencies and departments both in the field and in the mat room. He holds a black belt in judo, brown belt in Brazilian jiu-jitsu, completed SWAT selection, completed the Defensive Tactics Instructor Course, participated in CQB training, and has experience in Task Force field operations. He currently trains under Ryan Hall at Fifty50 BJJ, as well as learning Gorilla JJ from friend John Simmons. His website mixedmartialworld.com covers positive topics in the martial arts community.